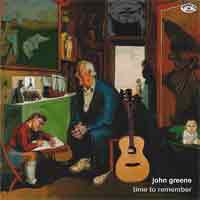 By the end of the 'A Different Game' project I had finally got a half decent home studio so I set about recording the demos for what would become 'Time to Remember'. These were completed in the middle of 2004 and then nothing much happened for a while.

Nothing much in a recording sense anyway. My personal life was dramatically altered by a generous inheritance!!
Thank you Aunt Marion X

Some recording had taken place earlier with my collaborator Matt Exelby at his studio (The Foundry) but the majority of the instrument tracks were recorded at BM's with engineer Ben Morgan during February of 2005.

There was then another significant gap as I spent the summer in California. The live drums were done at Troubadour during September and most of the vocals at BM's around the same time.
Mixing remixing and mastering at The Foundry took until January 2006.
As with 'A Different Game', I returned to the project in 2013 and re-vamped it somewhat but not so much.

Seven of the tracks remain as was with some decoration whereas three were rejected and replaced by others from the aforementioned demos. I hope it makes for a more cohesive whole !


01 Love Fades Away
A bit of a rock'n'roll thumper this is the first of 3 songs featuring Pip Harbon on drums. Lyrically a line is drawn through my third and probably last marriage.

03 Time To Remember
The title track is a white reggae bash under a lyric that wonders what might have been. Pip Harbon plays drums here which will be a surprise to him 'cos it was rock and roll when he recorded it !

04 Winter
As I sit here shivering, at the end of December 2013, I laugh at this romanticizing of the dark season but the underlying message is valid. Matt Exelby provides the guitars.

05 A Life Like Mine
The first of 3 songs added to this edition from the catalogue of demos this is the story of my life !
One day, a real brass section !! The first of 4 songs where I play all the parts.

06 Plymouth Road
There's a big city about 60 miles from where I live and I used to drive up and down that road a lot in my bass playing, gigging days. This song was inspired by a drive back home from there when I realized that every turn and every junction held some kind of memory for me. All parts by me.

07 I Ran Away
Lyrically self-explanatory if sad. Backing vocals by Rosalie.

08 Don't Be Afraid
A lullaby

09 A Perfect Life
Wishful thinking to a Mozarty piano.

10 Morning Will Come
Eco-warrior song. All parts by me.

11 Small Town Boys
If you think this song is about you it ain 't. If a thought ever troubles your mind it's not you I'm attacking here. An end of the pier show band supports the rant. Matt on wooden frogs and kazoos, me on ukulele. Laugh !

12 Is That Too Much To Ask
A compleat rant against those that fail to recognize the reality of life on this increasingly tiny planet, this was, in part, inspired by seeing my next door neighbour of the time throwing things he didn't want over our fence ! All parts by me.

13 Those Days Will Come Again
How I miss those moptop days. An ode to the 60s.

No tape was harmed during this production, all recording was made to computers.
Cubase SX and a wide variety of other software were the weapons of choice.
It is a sign of the slowing down of the computer explosion that the same software was easily used throughout the project and in three different studios.
This may explain why this record took only two and a half years as opposed to my usual four and why these technical notes are so mercifully short.